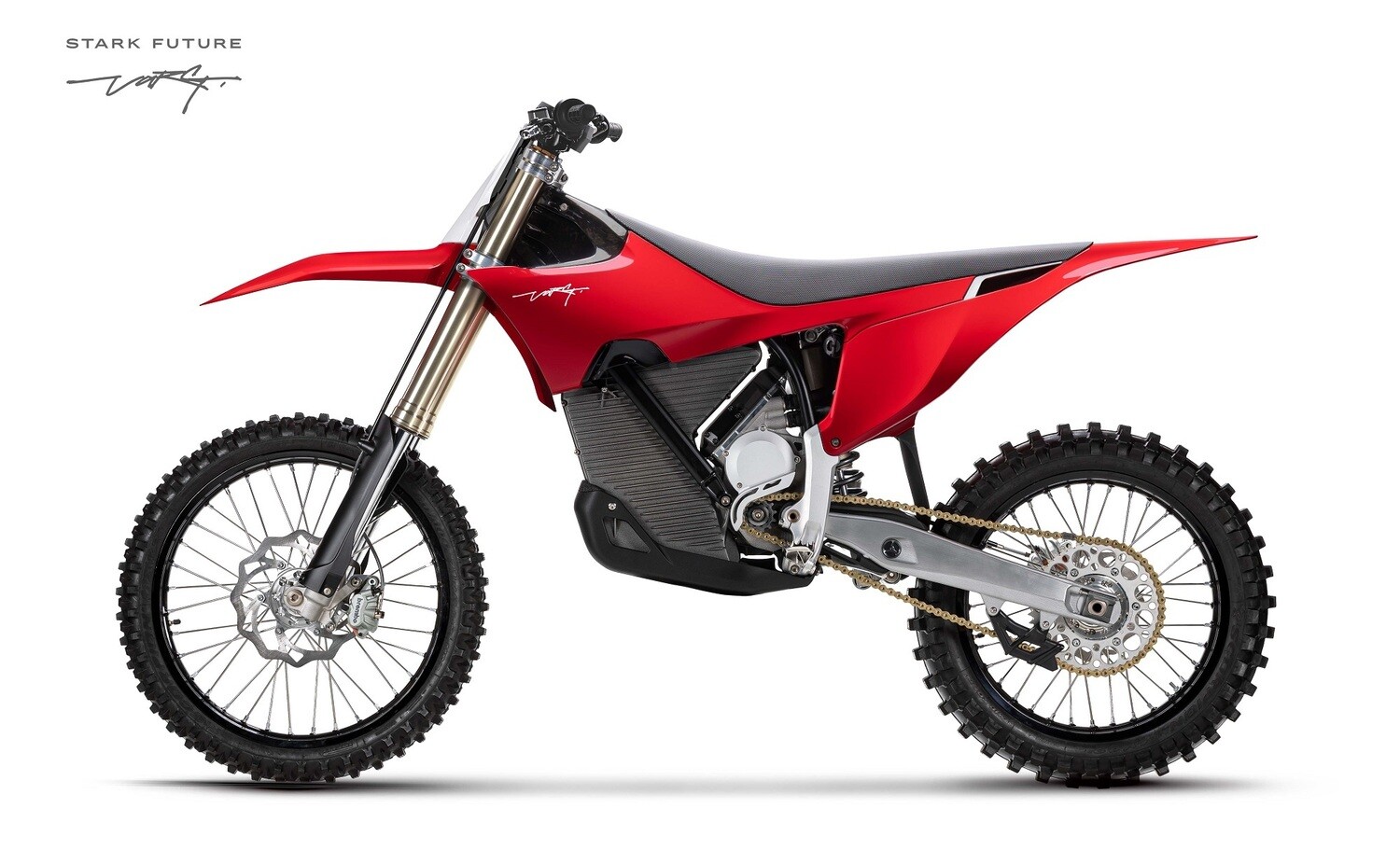 The VARG has been developed with a clear purpose, to show that electric technology is superior to gasoline by outperforming all traditional motocross models available. It's more powerful, it's lightweight and has significantly less motor-inertia than any of the gas bikes, providing you with better handling and an enhanced riding sensation. Possibly the strongest adrenaline rush money can buy. And there's no noise, meaning you can ride almost anywhere, at any time. The motor, vehicle control unit, inverter and battery have all been developed by our team of high power electronics specialists. They have collaborated with our engineers, combining vast experience from the motocross & motorcycle industry in order to integrate the powertrain into a chassis that matches the groundbreaking power. Our team has achieved this through a process focused on challenging the norm in order to innovate and improve function and performance. Several of those improvements are now patent pending. Below are some of the numerous benefits the VARG offers over traditional gasoline bikes.

STARK VARG BENEFITS
The most advanced electric motorcycle in the world

With 30% more power than a traditional 450 combustion bike the Stark VARG outperforms all other bikes on the market.

With the lightest motocross frame on the market, the lowest centre of gravity and an optimized weight distribution the Stark VARG provides agility and a featherweight riding sensation.

The Stark VARG delivers an incredible 938Nm of torque on the rear wheel and the carbon fibre sleeve motor spins at up to 14200rpm.

The Stark VARG is equipped with an Android Stark phone that allows you to customize the bike, adjusting the power curve, engine braking, flywheel effect and traction control, to make the perfect bike for every rider and track.

The 6kWh of the Stark VARG allows you to ride for up to 6 hours of easy trail riding or complete a full MXGP heat and recharging takes between 1 or 2 hours depending on the outlet and charger.

With zero emissions and no filters to change the Stark VARG requires a very simple level of maintenance. It’s as easy to take care of as a bicycle.

Save this product for later
Display prices in: AUD